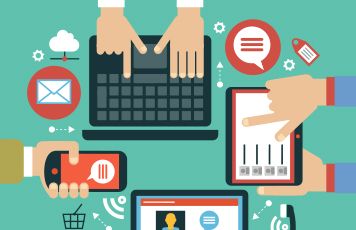 The European Digital Skills Awards recognises initiatives that have improved the digital skills of Europeans at school, at work, for ICT specialists, for girls and women and in society in general. We particularly look for success stories which can be scaled-up and replicated in other cities, regions, countries and sectors.

In 2018, 264 projects and initiatives applied. 24 finalists presented their activities at the ICT 2018 conference in Vienna. European Commissioner for Digital Economy and Society Mariya Gabriel awarded 5 winners on 6 December.

In December 2017, 20 finalists were selected and five oustanding projects were awarded the European Digital Skills Awards 2017.

In 2016, 258 projects applied to Digital Skills Award 2016 from all over Europe. Sixteen projects were selected as finalists and the four most outstanding ones were announced in Brussels on 1 December at the launch of the Digital Skills and Jobs Coalition.

All participating projects can be found in the digital skills initiatives database.