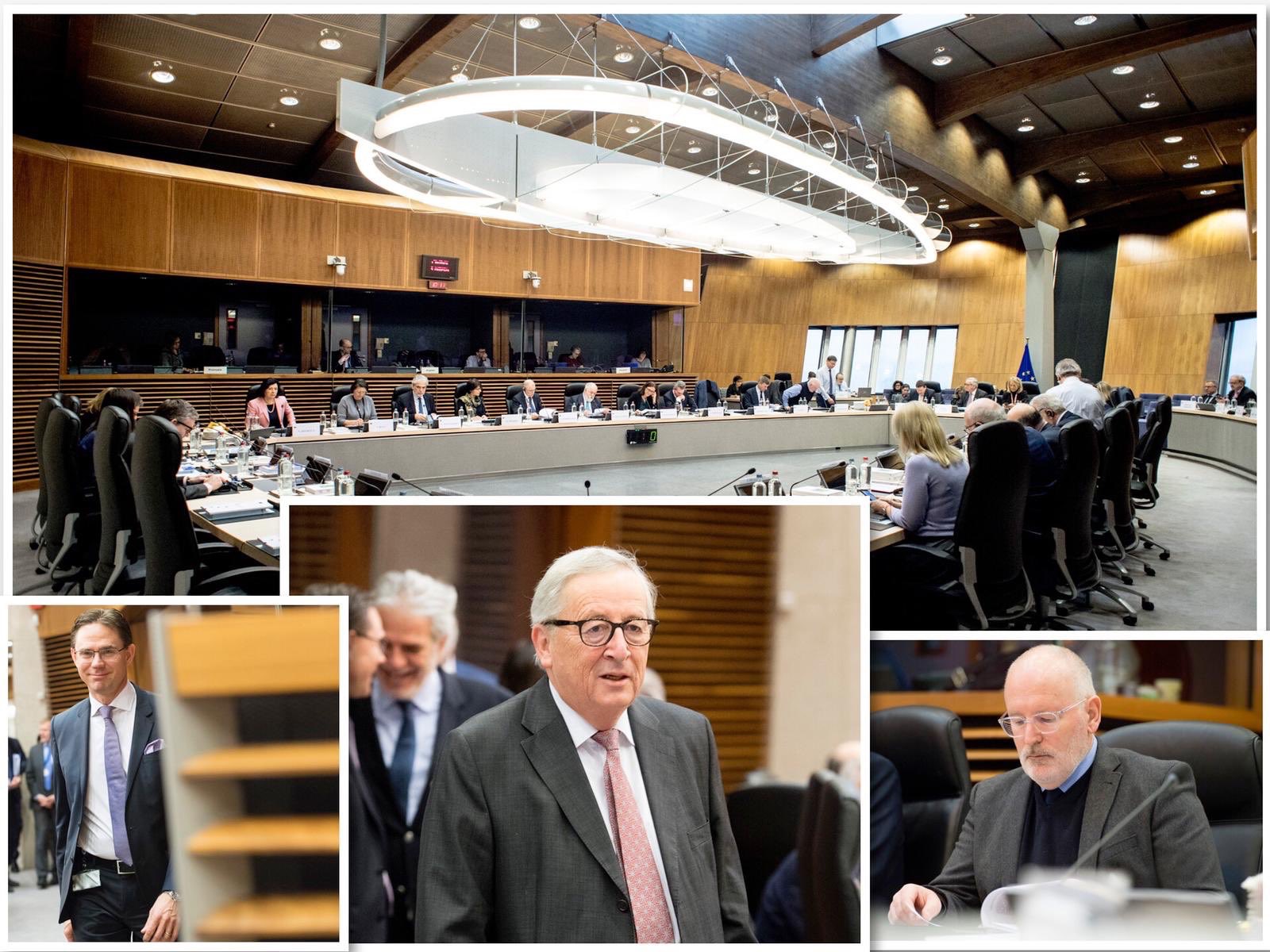 Towards a more sustainable Europe by 2030 and Brexit preparedness

Reflection Paper on a Sustainable Europe by 2030

As part of the debate on the future of Europe, launched with the Commission's White Paper of 1 March 2017, the Commission published today a Reflection Paper on a Sustainable Europe by 2030.

Announced as a follow-up to President Juncker's 2017 State of the Union Address, today's Paper forms part of the EU's firm commitment to deliver on the United Nations Sustainable Development Goals, including on the Paris Agreement on Climate Change. By reviewing the breadth of challenges for Europe and presenting illustrative scenarios for the future, the Paper seeks to steer the discussion on how these goals can be best achieved and how the European Union can best contribute by 2030. Building on what has been achieved in recent years, these scenarios highlight that further action is needed if the EU and the world are to secure a sustainable future in the interest of citizens' well-being.

Concretely, the Paper puts forward three scenarios to stimulate the discussion on how to follow up on the Sustainable Development Goals within the EU. These scenarios are illustrative: they aim to offer different ideas and spur debate and thinking. The eventual outcome would likely be a combination of certain elements from each. The three scenarios are:

Today's Reflection Paper focuses on the key policy foundations for the sustainability transition, which include moving from linear to circular economy, correcting the imbalances in our food system, future-proofing our energy, buildings and mobility, and making sure that this transition is fair, leaving no one and no place behind. The Paper also concentrates on the horizontal enablers, which need to underpin the sustainability transition, including education, science, technology, research, innovation and digitisation; finance, pricing, taxation and competition; responsible business conduct, corporate social responsibility and new business models; open and rules-based trade; governance and policy coherence at all levels. The Paper ends by emphasising the importance of blazing the trail for the sustainability transition globally as our policies will only have a limited impact on the planet if others pursue opposing policies.

Given the increasing risk that the United Kingdom may leave the EU on 30 March this year without a deal (a “no-deal” scenario), the European Commission has today adopted a final set of contingency proposals in the area of the Erasmus+ programme, social security coordination and the EU budget.

Today's measures would ensure that in the event of a “no-deal” scenario:

-Young people from the EU and the UK who are participating in the Erasmus+ programme on 30 March 2019 can complete their stay without interruption;

-EU Member State authorities will continue to take into account periods of insurance, (self) employment or residence in the United Kingdom before withdrawal, when calculating social security benefits, such as pensions;

-UK beneficiaries of EU funding would continue to receive payments under their current contracts, provided that the United Kingdom continues to honour its financial obligations under the EU budget. This issue is separate from the financial settlement between the European Union and the United Kingdom.

Today's proposals are temporary in nature, limited in scope and will be adopted unilaterally by the EU. They take into account discussions with Member States. The Commission will continue to support Member States in their preparedness work and has intensified its efforts, for example by organising visits to all EU27 capitals.